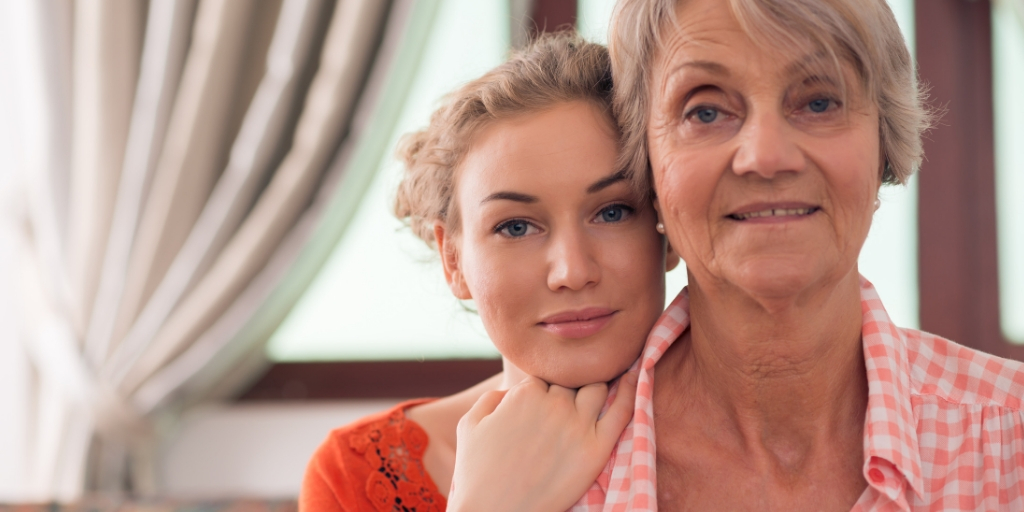 If some random person off the street handed you $10,000 in cash, no strings attached, and would pay the taxes on this windfall, what would you do with it?

Researchers asked this question of people who they categorized in the Millennial generation (age 18-34), Generation Xers (age 35-54) and Baby Boomers (over age 55), and charted the responses.  You can see on the graph that the most common answer was: “pay down debt,” which is a commentary on the fact that most Americans, including a surprising number of Baby Boomers, are carrying debt rather than building wealth. 33.1% of the Baby Boomers would apply the windfall to (presumably) their credit cards and home mortgages, while 25.3% of the Generation Xers would apply the money to their debt, and 22.4% of Millennials would pay back (presumably) some or all of their student loans.

Another 11.5% of Baby Boomers would invest the money in their 401(k) or Roth, and roughly 10% the Millennials and Gen Xers agreed.  So basically 44% of one cohort and 35% of the others would be quite prudent with their windfall.

But that was about all they agreed on.  9.2% of Millennials would “invest” in a virtual currency like Bitcoin, an option that was shunned by their elders.  Similarly, 9.9% of Millennials would re-invest in their own education, an option which attracted virtually zero response from older citizens.  Just over 17% of Baby Boomers would invest the money in boring old CDs or cash equivalents, while younger citizens were less enthusiastic, preferring real estate (15.1% of Millennials and 14.6% of Gen Xers).  And you can see that life stages played a role: 11.3% of the Gen Xers, who are in their child-raising years, would put the money toward their childrens’ education, vs. 5% of Millennials and practically zero Baby Boomers.

The graph offers a quick view of different preferences among generations—and you should note how few people of all generations would invest in their own small business (the axis that is roughly ten o’clock on the circle).  Baby Boomers, as a group, appear to be much more conservative in their money habits than their younger cohorts, and have different priorities. 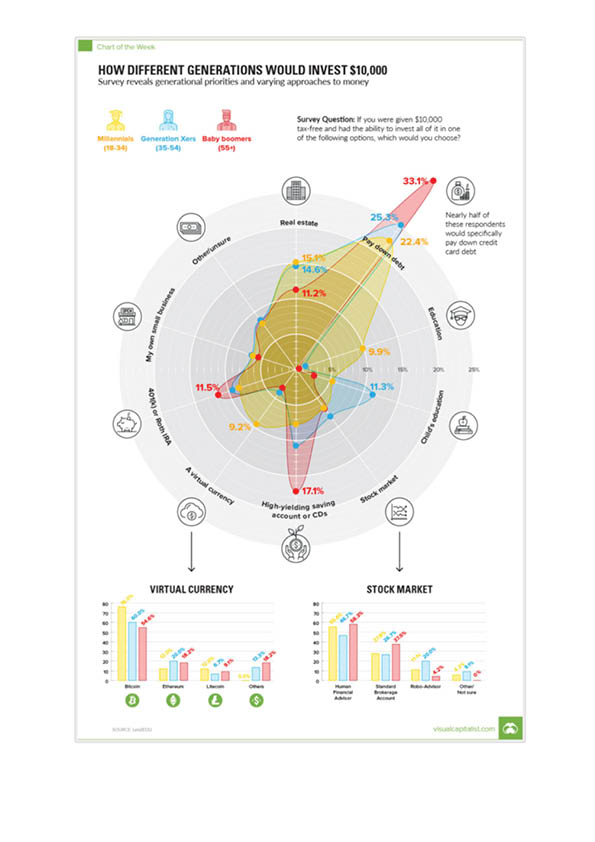